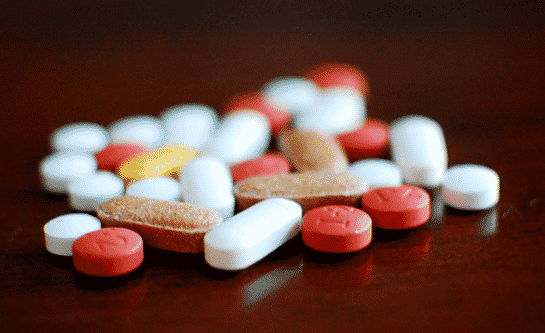 If you spend any of your free time in the gym, then the chances are that you’ll hear about clenbuterol. Similar to steroids in terms of its results, Clenbuterol is highly popular in the bodybuilding world, and it’s the go-to drug for people who want to show off their muscles on stage.

I understand the desire to turn to supplements when simple health and fitness isn’t working, but I promise you, there’s a better way out there. Here, I’m going to take a look at the reality of Clenbuterol, and tell you everything you need to know.

If you want to figure out how to lose belly fat with Marc Dressen, while keeping your muscles strong, then you might think that clenbuterol is the easy answer. Unfortunately, as with most “simple solutions”, the negatives of clenbuterol may be far more significant than the positives.

I can’t emphasise the importance of understanding Clenbuterol enough. Speak to your online personal trainer, and you’ll learn that not only is Clenbuterol only a semi-effective fat burner, but it could be dangerous for your heart too!

In this article, you’re going to learn everything you need to know about Clenbuterol, from how it works, to why people take it, how safe it is, and why you should avoid it at all costs.

Defining Clenbuterol: How Does It Work?

Clenbuterol is a type of powerful stimulant that improves fat burning and increases your metabolic rate. Sometimes, it’s sold under a range of different names like Spiropent, Dilaterol, and Ventipulmin. Originally, the substance was designed as a drug for treating breathing problems in horses and similar animals. As a kind of bronchodilator, it relaxes the muscles around the airways and makes breathing easier.

For some time, Clen was also marketed as a decongestant and asthma medication for humans, but it’s dangerous side effects meant that most countries have switched to other alternatives. You’re probably wondering how this drug went from a respiratory aid, to one of the most popular bodybuilding substances.

Simply put, clenbuterol binds to the receptors that respond to epinephrine in the body, while producing more significant effects. It also binds to the cells of muscles and stimulates protein synthesis, which helps to preserve muscle while you’re cutting.

Why Do People Take Clenbuterol?

You’re probably wondering why people bother taking clenbuterol in the first place, particularly if it may have some seriously dangerous side effects. The answer is that people take clenbuterol to lose fat faster while keeping hold of their muscle, and also to improve their athletic performance.

Right now, there’s an ongoing debate in the fitness community as to whether this substance can actually boost physical performance. However, most studies indicate that it probably doesn’t do much to make you better at a particular sport or athletic endeavour. However, on the other hand, it’s safe to say that clenbuterol definitely plays a part when it comes to speeding up fat loss.

Research on both humans and animals has found that clenbuterol is fantastic at raising metabolic rate and stimulating fat burning processes, even though it isn’t technically a steroid. Additionally, some studies show that this substance stimulates muscle protein synthesis, too, which can help people to retain the lean muscle mass that they want to keep while losing fat.

How Safe is Clenbuterol?

So, here’s the big question: How safe is clenbuterol?

The answer is: not very.

I personally would never recommend it as part of a results-driven training solution.

Most of the research conducted on this substance has taken place on animals, and we’re not really sure how serious its impact is on humans. In spite of that, the current results don’t look good. Some of the side effects include:

Clenbuterol is also likely to be very dangerous for your heart. As a powerful stimulant, the substance can easily spike your blood pressure and keep the levels significantly elevated for long periods of time. This increases your chances of left ventricular hypertrophy which refers to the thickening of the wall in the left-side of the heart.

LVH caused by clenbuterol could be a serious risk element in heart disease and its linked to sudden death and arrhythmias too. Though there haven’t been any long-term human studies on this substance, it’s safe to say that clenbuterol is dangerous. There’s even evidence that it can kill cells in the heart.

Clenbuterol isn’t just dangerous when it comes to heart health, it can also have an impact on other areas of your life too. For instance, clenbuterol is a powerful stimulant, which means that it doesn’t just spike your metabolic rate, but it also stays in your system for far longer than most milder drugs that we use for energy such as caffeine.

Research actually shows that clenbuterol can remain in the blood for as much as 26 hours at a time, which is probably why it’s often associated with disrupted sleep patterns. The less you sleep, the unhealthier you become, and considering the fact that most of us simply don’t get enough sleep to begin with, adding a powerful stimulant to the mix isn’t going to be much help.

Additionally, it may also be worth noting that besides robbing you of your beauty sleep, clenbuterol also steals another substance from your system: potassium. Evidence indicates that large amounts of this substance might cause the body to lose taurine and potassium. This is important because potassium plays a crucial role in heart function and muscle contraction. What’s more, taurine can help to prevent muscle cramps.

The bottom line when it comes to how to get a flat stomach, is that there are better options than clenbuterol out there. Though this substance might help you to lose fat faster, it’s not as effective as some sellers claim. Usually, you’re only looking at a maximum of around a 10% increase in your natural basal metabolic rate. Though this increase is sure to help your weight loss, you could also simple work out more to achieve a better effect.

At the same time, there’s a good chance that the clenbuterol you take could kill you. It’s far worse for your body than many other milder stimulants such as ephedrine and caffeine, and evidence strongly suggests that it may increase your risk of heart disease, particularly when you take a high dose.

If you want a simple recommendation when it comes to clenbuterol, the best thing that you can do is stay away from this substance at all costs.

I can help you achieve your goals – without the danger.

The Ups and Downs of Supplementing with Licorice Root

The Fit/Fat Debate: Can You Be Healthy and Overweight?

Almost every client I've ever spoken to has known this simple truth: "losing weight is…