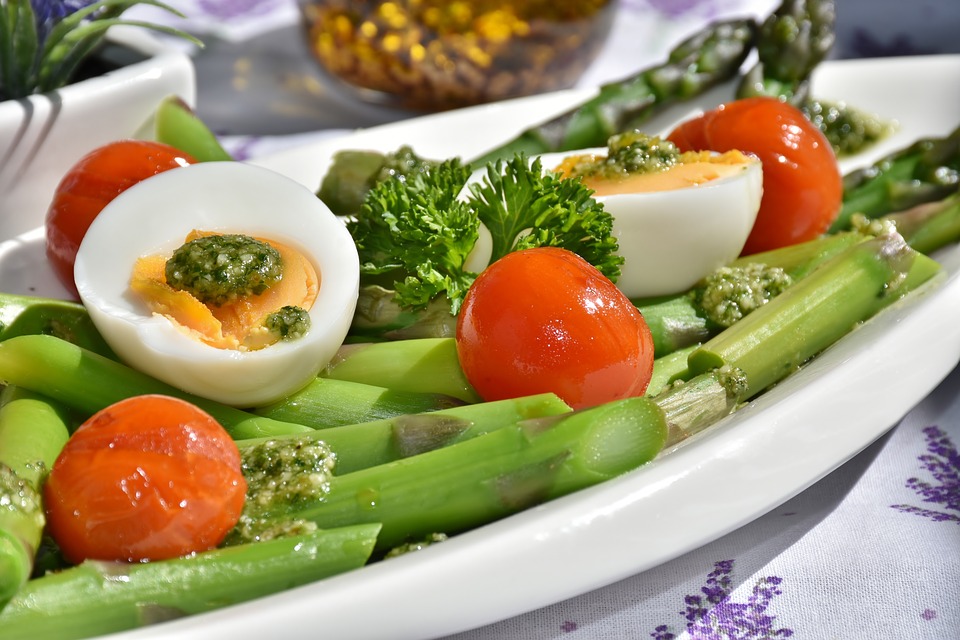 Today, plant-based diets are more popular than ever before – and there’s a good reason for that. According to research, people who eat plenty of vegetables, fruits, nuts, and legumes are generally more likely to live a longer and healthier life than people who don’t.

However, a lot of people come to me saying “Marc Dressen, if I want to eat a plant-based diet, how am I supposed to get enough protein to build muscle?” The answer to that is that it’s going to be tough. You can get protein on a vegetarian diet, but it isn’t very easy, which is why more people are beginning to think about “modified” vegetarian diets, such as the “pescatarian diet.”

A pescatarian diet is a vegetarian diet that includes seafood. While these eating habits require more fine-tuning than some omnivorous diets, they can be a great way to boost your health if you understand and address the limitations of your food choices.

By the end of this article, you’re going to know everything there is to know about the pescatarian diet, and how effective it can be for losing weight and building muscle.

What is a Pescatarian Diet, and Why is it So Good for You?

If you’re looking to get results from your Pescatarian diet, then the first thing you’re going to need to do is to figure out what it is. A google search for the term might not be very helpful, as you’ll probably find countless different opinions on what you are and aren’t supposed to eat. Some people say you can only eat plants and fish, whereas other people say you can throw dairy and eggs into the mix from time to time.

According to the definition of a Pescatarian diet, you’re still on the right track if you’re following a plant-based diet, and eating seafood, but no pork, beef, poultry, or flesh from any other land animal. This means that you could still potentially eat dairy and milk if you wanted to, and get away with it.

People love the Pescatarian diet for a number of reasons. First and foremost, literature shows that people who follow these eating habits are generally much healthier than omnivores. Studies have shown that people who get most of their calories from plants typically have lower likelihoods of falling victim to heart disease, cancer, high blood pressure, and various other ailments.

Of course, that doesn’t necessarily mean you have to avoid all meat. Contrary to what other people might tell you, the reason that pescatarians are often healthier isn’t necessarily that they avoid meat. Rather, their health advantages are often linked back to increased fiber intake, lower intake of saturated fat, and more.  What’s more, eating more fish is related to various health benefits, including a reduced risk of Alzheimer’s disease, and heart disease.

If you’re the kind of person, who’s naturally careful about what you put into your body and why then a pescatarian diet might be the right solution for you.

Is a Pescatarian Diet Good for Losing Weight?

If you’re eager to reduce your body fat percentage, then the first thing you’ll need to know, is that you have to feed your body less energy than it burns. When you start doing this, your body will begin to whittle down its fat stores to make sure that you always have the right amount of energy available. The same thing remains true when you’re following a pescatarian diet. However, it’s worth noting that this type of eating can sometimes help your weight loss efforts, by making it easier for you to consume fewer calories.

Research does generally show that pescatarians maintain a lower body weight than standard meat eaters. That being said, if you want to get truly sustainable results, then you need to learn how you’re going to build a meal plan that works for your needs.

Is a Pescatarian Diet Good for Losing Weight?

When it comes to building muscle, there’s a lot of scientific evidence out there that shows that certain elements of your exercise and dieting routine will be more critical than others. For instance, you need to make sure that you’re not in a calorie deficit if you want to gain muscle, and you’re going to have to focus on exercises that progressively overload your muscles. At the same time, you’ll need to limit your cardio, eat plenty of carbs, and make sure you’re getting a lot of protein into your diet.

No matter what you’re eating, if you’re ticking those boxes, then you shouldn’t have too much trouble building muscle with a pescatarian diet. However, the part that a lot of pescatarians struggle with comes with getting enough protein into their food. Studies constantly show us that a high protein diet will always be best for building muscle. In terms of how much protein you need to get, research tells us that it’s good to stick to a rate between around 0.8 grams, and 1.2 grams per pound of body weight per day.

Of course, with a bit of planning, it’s not too hard to get protein into your pescatarian diet. All you need to know is which foods to eat, such as:

Finishing Thoughts on The Pescatarian Diet

Ultimately, the Pescatarian diet is a flexible kind of vegetarian diet that gives you all the health benefits of a plant-based diet, along with some of the advantages of eating meat. If you’re trying to reach your health and fitness goals faster, and you want to change your diet to help you get there, then a pescatarian diet isn’t necessarily a bad choice.

Of course, this kind of diet won’t be right for everyone. Because it involves removing meat from your diet, a lot of people find it harder to stick to than a menu that includes both meat and vegetables. However, if you don’t like meat anyway, or you’re tempted to make the change, you can see a range of benefits by getting rid of meat, and focusing your efforts on a pescatarian diet.