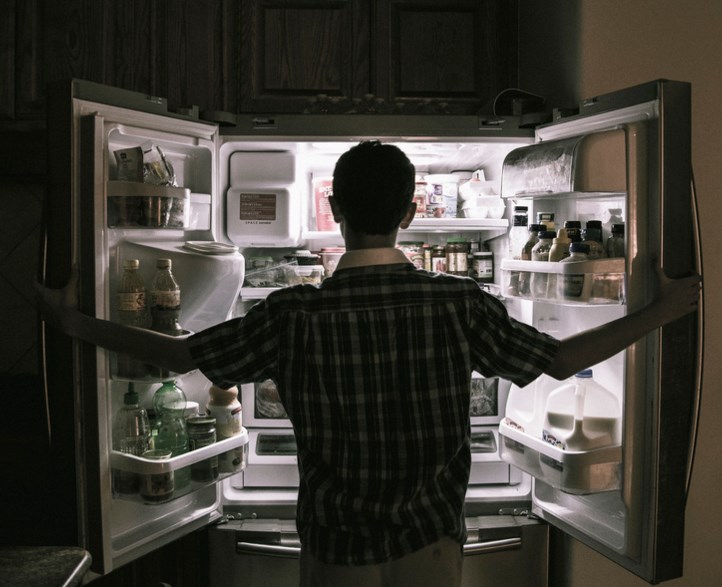 Most people associate weight gain with regularly eating too many calories or indulging in unhealthy food, but there’s actually a lot more to achieving the ideal silhouette than simply watching what you eat. Sometimes, the lifestyle habits that have a significant impact on your weight aren’t always obvious.

For example, you may already realize that walking around in a state of exhaustion all the time probably won’t do any favors for your health – but you may not be aware that people who struggle to get enough sleep every night could actually be more prone to issues of obesity.

Previous studies have shown that individuals who have poor sleep are often at higher risk of cardiovascular disorders, heart disease, and strokes. However, a recent study from the University of California, Berkeley, indicates that late nights spent in front of the television instead of being curled up in bed could have a damaging effect on your weight. Speaking to your personal trainer in London Marc Dressen could help to give you a healthier and safer idea of the best way to lose weight.

The Californian study was conducted on over 3,300 youths and adults, and used longitudinal data to develop reliable results. During the course of the study, researchers found that individuals who were going to bed later in the evening were more likely to gain weight than their peers, who turned to the pillow at an earlier time.

The study focused on a nationally representative group of participants, and found that for every hour of sleep they lost on an average evening, they were likely to gain around 2.1 points on the BMI index over a five-year period.

Importantly, the study conducted by the University of California isn’t the first to show such results. Other research from around the world has also found a significant connection between the amount of sleep a person gets, and their ability to maintain a healthy weight. For instance, one study even indicated that women and men who got at least 6 hours of sleep a night were twice as likely to lose weight during a dieting period. Obviously, this isn’t great for people who are trying to figure out how to reduce belly fat.

What’s more, researchers at the New York Obesity Nutrition Center found that people who were sleep-deprived were likely to consume an extra 300 calories a day.

There are several reasons why later nights and lack of sleep could lead to significant weight gain, according to sleep disorder specialists and health experts. After all, when we don’t get enough rest, our metabolism starts to slow down to help us conserve the energy that we do have, and that reduction in speed leads to the release of a hormone called cortisol – which is responsible for increasing appetite. Because your body believes it needs more energy, it asks for more food – tempting you to overeat.

What’s more, sleep loss will also cause your body to release increased amounts of ghrelin – a hormone used to signal hunger, and reduced amounts of leptin – a hormone that tells your brain your stomach is full. With all of these hormone changes, a lack of sleep means that your body demands more food on a daily basis, while lacking the sensitivity required to let you know when it’s time to stop and put down the fork.

At the same time, the more hours you are awake on a night, the more time you will have to snack. The later you stay awake, the greater the chances that you’re going to start eating, and studies have found that people eat a significant amount of extra calories after 11pm. What’s more, in these studies, the research found that sleep-deprived subjects were more likely to consume fatty foods during the later hours of the day.

All of the above factors, alongside the fact that the body burns most of its calories during REM sleep, combine to prove that late nights really can lead to weight gain. For improved health, most experts agree that adults should try to get around 7.5 hours of sleep every night. The best weight loss programs will always be boosted by a healthy sleeping routine.

If you struggle to sleep, try exercising more during the day, visiting your doctor for advice, and maintaining a strict routine each night.